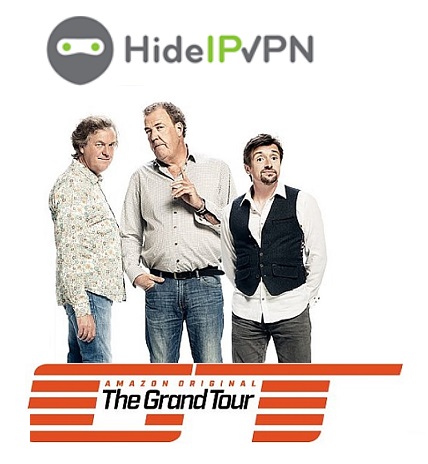 Some say, that Top Gear is the most entertaining car show ever. Some say, things will never be the same. All we know is that BOYS ARE BACK! Here is our short guide – how to watch Grand Tour online.

We understand you all want the details but before we get to this lets start with something better. According to “The Sun”, the opening scene of upcoming The Grand Tour show costed “only” 3,2 million dollars. Impressive? We would say so. Here is a taste of what is coming…

Watch Grand on 18th of November at Amazon Prime Video

Topic of Grand Tour and Amazon have already been covered on our blog. However now, we know the premier date so we thought it might be a good idea to remind you about the show and the ways to watch it. At the same time it might be worth to mention all Amazon Prime benefits.

The Grand Tour by Amazon will premier on 18.11. It is not that long to wait. It will be a part of Amazon Original Shows. As Netflix and Hulu, Amazon is spending quite a lot of money on production of its own video content. Clarkson, Hammond, May and quite a lot of members of Top Gear production team, have joined Amazon after Clarkson scandal at BBC. Now, in order to get access to new Grand Tour episodes, which will be added to Amazon Prime Video library every Friday you need Prime Membership. You have 3 options here:

Beside ability to watch Grand Tour, Prime Video you will get access to all other shows and films included in Prime Video library. What about the rest of Prime features?

There is one more issue though. In order to make Amazon Prime Video work, you should be in UK. Since that is physically impossible (unless you actually are in UK) we sort this out by using VPN or Smart DNS.

Connection to UK VPN will grant you access to 8 different UK based IP addresses. It will hide your real IP, grant you additional privacy and anonymity online and also give you access to Amazon Prime video in UK. Also you will be able to watch all other UK VOD and TV services like BBC iPlayer, ITV, 4oD, TVCatchup and more. Our VPN plans include access to Smart DNS.

But Smart DNS can also be subscribed as stand alone service. You will loose all the benefits and additional features of VPN but will still be able to watch British TV with combination of special DNS and UK proxy servers. Choice of which service to choose is yours.