How to choose good VPN? 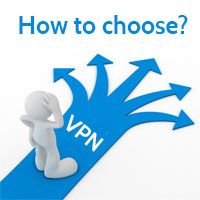 Today we publish 1st part of our simple tutorial – how to choose a good VPN? Tutorial is for those of you who do not have or use VPN yet. Perhaps your friend told you something about VPN technology or you have been stopped by “regional blockade” in the Internet or maybe you just thought that it might be a good idea to take care about your anonymity online? Whatever the reason for this was, you are at the point of finding and choosing good VPN. Perhaps we can help?

Qualities of good VPN are…

Before we actually start to name qualities that we think good VPN has to have let us start by saying, that they are all equally important. This means that you should not compromise when making your decision. In case of VPN or rather good VPN we can not say that one thing is a bit less important than other. Still the first question you should ask yourself is – what do you want form VPN, what are your expectations, why do you want to use it, where and for how long?

We will get back to this question later on. Now about qualities we have already mentioned.

We think that it will be enough of boring information in the first part. Second part is coming soon, don’t worry! However remember, that good VPN will allow to test itself before you make a decision (same as good Smart DNS service!). So, test our VPN while you wait for second part of our tutorial.