What are LDAP injection attacks and how to prevent them? [2022] 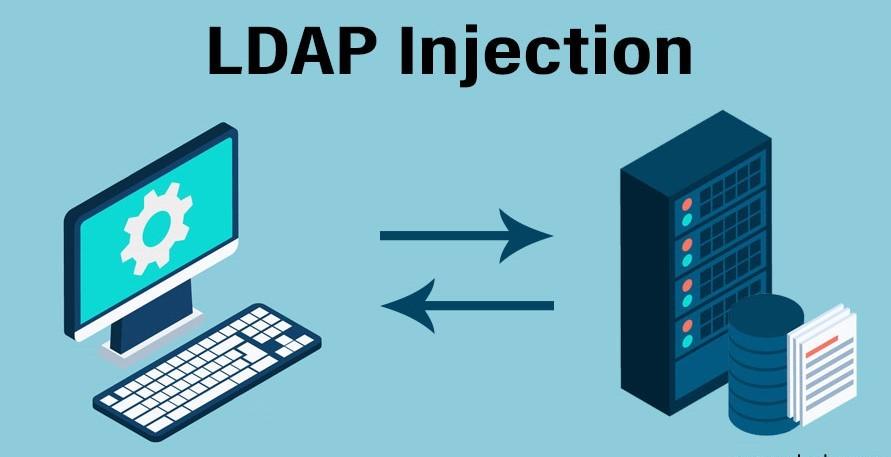 Many businesses use LDAP for single sign-on to give staff members access to numerous corporate network apps without asking them to log in to each one separately. But LDAP is used for more than just verifying user credentials; it can also be used to respond to information requests and offers a number of commands for managing LDAP databases.

That makes logical considering the wealth of data (other than just usernames and passwords) contained in LDAP databases, which also emphasizes the risks of LDAP injection attacks.

LDAP injection is a type of attack that can be used to compromise the security of an LDAP-enabled application. In this article, we’ll discuss what LDAP injection is, how it works, and some tips on how to prevent it.

What is an LDAP injection attack?

An LDAP injection attack is a type of cyber attack in which an attacker attempts to inject malicious code into an application that uses LDAP (Lightweight Directory Access Protocol). This can allow the attacker to gain control of the application, access sensitive data, or launch other attacks.

LDAP is a directory service protocol used to search for directory listings in an LDAP database, most frequently usernames and passwords. Due to its lightweight nature, which is implied by its name, LDAP scales quite well and is employed by a huge number of businesses today.

The properties in an LDAP directory are based on the LDAP schema. Distinguished Names are provided as a distinctive identifier for each entry in the schema/directory (DN). Here is an example entry for Johnnyny Theguy, the fictitious user.

To prevent LDAP injection attacks, it is important to validate all user input and escape any special characters that could be used to inject malicious code. It is also important to keep your application and server up-to-date with the latest security patches.

An LDAP injection attack’s success or failure depends on a variety of elements, including the attacker’s knowledge and experience, the organization’s IT security measures, and the data in the LDAP database. But in any case, a successful LDAP injection attack would usually result in a substantial gain for the attacker and a big headache for the hacked business.

Bypassing authentication with the ‘&’ metacharacter

A malicious actor might completely circumvent the authentication process on a susceptible LDAP database by constructing a malicious query and adding the metacharacter & between the query’s user and password fields. That would look as follows:

Only the first two attributes are parsed by LDAP, therefore the sentence becomes equivalent to:

if name = something & nothing = nothing

The preceding query would authenticate our malicious user “whatever” if it were run on a weak LDAP database or server, returning a true result.

Listing all users in the database with ‘*’

Let’s take as an example the LDAP search query shown below:

The query is told to look for an LDAP node with the specified login and password by the prefix filter notation shown above. The cn and password in the aforementioned example could be replaced with *, however, if the LDAP database is susceptible to LDAP injection:

The database would then return a list of all users, changing the query’s intended meaning in the process. Denial of service (DoS) attacks that are simple and very effective can also result from LDAP injection attacks. The directory server itself or the application that communicates with it can be the target of this attack. If a hacker can create enough time- and resource-intensive, malicious LDAP searches, they could exhaust all of the resources available and prevent subsequent requests from being processed.

Additionally, imagine that the program was created to store in memory all the results of a search query. In that situation, a query that was meant to return many more results than anticipated can result in the application using up all of its memory to perform that request. The application would crash as a result of that.

We demonstrated how an attacker could obtain unwanted data by using a deliberately designed query. But it is also possible to corrupt a file, add trash to it, or mislead the database into updating an unwanted file by changing the password to one chosen by the attacker. The application may update inaccurate records if the attacker can get it to search for the incorrect entries, which could result in data loss or damage.

It is feasible to trick LDAP queries submitted to a vulnerable server to list unwanted information, as we observed with our previous example. In the aforementioned example, we demonstrated how a maliciously constructed query could cause the database to output a list of every user it contains.

However, if the server is susceptible to LDAP injection, it might be tricked into producing other private information. LDAP databases frequently contain more information than just identities and passwords, which would already be dangerous if compromised. As a result, a hacker may create LDAP queries to gather private data such as email addresses, phone numbers, and even social security numbers.

User-controlled input strings should be escaped so that any control characters do not alter the meaning of the LDAP search filter. For instance, the metacharacters in an LDAP query can be entered using backslashes as escape characters in a Java program. This method prevents untrusted inputs from being added to a search query as LDAP predicates and instead adds them as literal string values.

Additionally, it is strongly advised against creating your own libraries for escaping because you run the danger of introducing unintentional security flaws.

According to the IT security principle of least privilege, a user who needs access to a resource should only be given the absolute minimum set of privileges. The tenure of the rights should also be as brief as possible. Particularly, access should be controlled for the LDAP account that is used to bind the directory in an application. The LDAP server should only be used for permitted LDAP queries.

How do LDAP injection attacks work?

LDAP injection attacks are a type of attack that exploit vulnerabilities in how LDAP is used. By manipulating the LDAP query, an attacker can gain access to sensitive information or even take control of the entire directory.

An LDAP injection attack takes use of security gaps brought on by unfiltered user input. To put it another way, LDAP injections construct erroneous requests to acquire access and perhaps alter directory data. Special characters like asterisks, brackets, ampersands, and quotations are used in LDAP searches. The type and quantity of objects returned by a query are determined by these characters, which also influence the meaning of LDAP inquiries. Attackers can change these control characters within the query to change the query and its intended behavior. An attacker may, for instance, include the username together with a number of metacharacters in an LDAP login query to trick it into ignoring the password field.

An attacker can access the directory and obtain unauthorized information by using LDAP injection.

To prevent LDAP injection attacks, it is important to carefully validate all input before using it in an LDAP query. Additionally, putting restrictions on what information can be accessed via LDAP can help reduce the risk of an attack.

How can you prevent LDAP injection attacks?

LDAP injection attacks can be prevented in a number of ways. First, input validation should be used to ensure that all user-supplied data is valid and safe. Second, LDAP queries should be constructed carefully to avoid using user-supplied data directly in the query. Finally, LDAP servers should be configured to use strong authentication and encryption to prevent attackers from intercepting LDAP traffic and injecting malicious data.

What are some common LDAP vulnerabilities?

To prevent LDAP injection attacks, it is important to validate all input before sending it to an LDAP server. Input should be sanitized to remove any potentially harmful characters. It is also a good idea to use parametrized queries whenever possible. This will help to ensure that user input is not treated as executable code by the LDAP server.

LDAP injection attacks can be prevented by inputting data into web forms in an encoded format, using parameterized queries, and by using strong authentication methods. By taking these precautions, you can help ensure that your organization is protected from LDAP injection attacks.