BBC will snoop on Wi-Fi networks in UK. 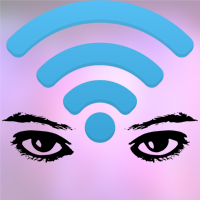 Seems like the day has come and hell frozen. We would have never thought that such thing will happen in UK. Looks like reality has surprised us once again. Internet users in UK can expect to be a target of legal surveillance performed by BBC. Because of iPlayer, BBC will now snoop on Wi-Fi networks. All because of BBC iPlayer and TV Licence.

BBC iPlayer – all of this because of you!

If you wonder why BBC is going to such extremes the answer is – BBC iPlayer. One of the best (next to Hulu and Netflix) VOD services in the world. BBC iPlayer platform belongs to BBC, public UK TV & radio broadcaster. BBC is not a commercial company and as such, due to limitations of British law, is not allowed to earn money from commercial ads. Its main sources of revenue are TV licensing and TV/Movie/radio productions. Top Gear was one of their top products sold to other networks all over the globe.

In theory to watch BBC iPlayer users should first pay their TV licence. However, since platform does not require any sort of login or confirmation that you indeed paid your TV tax lots of users, that did not owe registered TV, used service without paying.  On devices like phones, tablets, laptops, etc. it is easy to access BBC iPlayer with no TV licence. And this is what BBC will try to prevent.

How will BBC snoop on Wi-Fi?

As we can read in The Telegraph article “The BBC is to spy on internet users in their homes by deploying a new generation of Wi-Fi detection vans to identify those illicitly watching its programmes online.“. If you wonder if such action is legal we have to say – yes. Apparently BBC got legal dispensation from authorities to use new technology to snoop on Wi-Fi networks.

And this is where it gets interesting. Article explains that BBC is likely to use “packet sniffing” to see what sort of traffic is passing through your Wi-Fi network. “Researchers at University College London disclosed that they had used a laptop running freely available software to identify Skype internet phone calls passing over encrypted Wi-Fi, without needing to crack the network password.”

Here is what to do…

Yes, it is not hard to see where we are going. In order to secure your data flowing over your Wi-Fi network and at the same time make this snoop on Wi-Fi useless use VPN. Just to be clear, we do not say you do not have to pay TV Licence – you should. But at the same time we believe such actions looks like a big breach in your privacy.