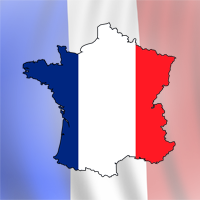 The need for using VPNs has been understood by more people than before because of the many cases of identity theft and online attacks directed at personal or public domains. Although using a VPN in today’s times is a good way to go about surfing the internet in just about any part of the world, their usage has different benefits and importance in different parts of the world. Some countries pose huge restrictions on the usage of internet within their country while some offer unlimited access but monitor closely what you access nevertheless. Talking about France, the country’s stand on internet regulations is rather interesting.

France is supposedly lenient in allowing people to access content on the web. One has proper access to all the information about France as well as other countries from within the country as well as outside. However, when it comes to information that is not related to France and not considered as public information by the government, some regulations come into action.

General information and content like news forums and articles is accessible, but some other content might not be available. This fact itself tells you that the government does keep track of what is available on the internet about France as well as about other countries to French nationals. There have been instances where the French government has requested changes to information about the country on platforms like Wikipedia and Twitter, suggesting that the government monitors closely what is available on the internet within the country.

Apart from this, the government has the three strikes system, where if one is found to use the internet illegally three times then he will be banned from the internet. These, as well as blocking of certain streaming services, indicate that although the government allows access to most things, they do monitor what is available and what everyone sees.

How French VPN can help

VPN service establishes a connection between your system and the internet through a different route than your ISP would use. This connection is encrypted, so nobody can see what you are doing as well as know your identity. Identity and location are tracked by a user’s IP address, but since a VPN can help you mask your true IP address it keeps you anonymous on the internet in addition to keeping you secure by encrypting your connection.

French VPN can help people in France as well as expats travelling outside to a great degree. Although internet access is rather liberal in France, laws like the three strikes system and the Hadopi laws of 2009 mean that the government monitors French nationals’ internet usage. French streaming services can also be blocked from being used outside the country due to television rights. So French VPN can help you in:

There are many good VPN services for French nationals. Depending on your requirements you can opt for a full VPN & Smart DNS service. HideIPVPN is one that is suitable for all needs, because we’ve have recently added a server in France. And of course you can try it using our free VPN trial.