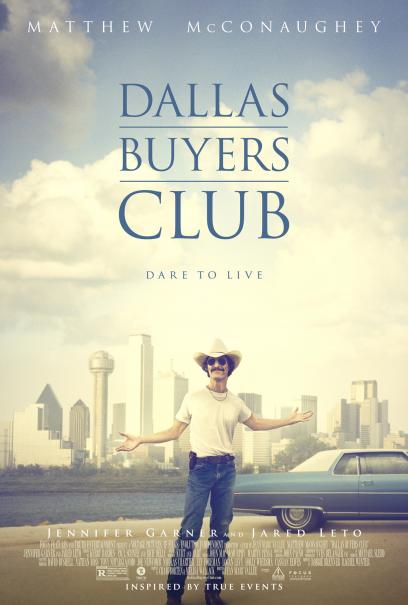 Now and then we bring stories to your attention about pirates, downloads of copyrighted content, fines, law suites. We want to make sure you understand risks involved and that you are aware that it is not the best thing to do. At the same time beside letting you know that we will hide your IP and keep your identity safe there are alternatives….

Todays story was inspired by TorrentFreak so if you need more specific details we suggest to head to the source of this news. As usually in such situations. There was a movie, there was a production company behind it and there was a leak of the movie to the internet. In case of “Dallas Buyers Club” production company targeted BitTorrent users. After securing settlement pay-outs in US, company have moved to get their money back in Australia.

Chief Regulatory Officer Steve Dalby says that Dallas Buyers Club LLC (DBCLLC) recently applied to the Federal Court to have iiNet and other local ISPs reveal the identities [established over the IP address number – HideIPVPN] of people they say have downloaded and/or shared their movie without permission. – TorrentFreak

However, some of the Australian users might get lucky…. As you can read in TF article there is one ISP in Australia, who acts almost like a VPN provider would. iiNet stated that it will share its customers details only when ordered to do so by the court. Here is a thing you need to understand. Companies chasing internet users who (allegedly) downloaded copyrighted content do not (usually) go to court. Mechanism they use is simple. They send list of IP addresses to an ISP asking for user details. In most cases this is enough for any ISP and such data are shared. Once obtained those companies are than sending out letters asking for cash settlements or…. if they will not get them they will threaten you with court action. Here is the catch. Not always it will be easy that exact person indeed mad a download of the content in question. But since a lot of users (scarred with higher, additional costs) will pay there is no need to go to court. What we see here is a bit different. First iiNet says – go to court and if your evidence will be strong enough than we will share customer details. What is different, that in such case accused people would have to show up in court and would have an opportunity to defend themselves. For some of you might look like a right way of doing things, for some it might be actually a liability (if they indeed performed those downloads).

We would have two things to say to you. First, if you can not stop yourself from downloading something from time to time get BitTorrent VPN. Hide your IP. If your ISP is not like Australian iiNet your personal data will be shared with such “pirate fighting” company as quickly as you made your download. No logs VPN is your best friend!

But better yet…. Smart DNS

Try our SmartDNS and legal, safe and comfortable alternatives. Unblock Netflix outside US, unlock HULU, Crackle and many more VOD services with hours and hours of movies and TV shows. Using it, you can be shore that no one will come knocking on your door asking for settlements…