Internet Censorship – use VPN to fight it! 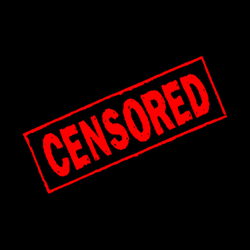 What does internet censorship mean for users?

Of course the worst part of internet censorship is the one where your government/authorities are constantly monitoring your online activities. The reason is to recognize and neutralize political opposition. But simple blocking of certain websites is also very important part of such censorship. For example, blocking access to social networks and services helps to control independent information flow. It also prevents those sites form being used against authorities – for example to coordinate protests against those in charge. So, online censorship means being constantly monitored and being told which information you can access and which not. Do you like being treated this way?

– all of the internet is controlled, access to sites & services like Facebook, Twitter, Whatsapp is limited. Quite often they are cut off completely. Bangladesh authorities have also used a clever throttling technique. Basically if you want to access what authorities think you should not, your Internet connection gets so slow it is basically unusable.

– we have mentioned United Kingdom already few times on our blog. As in United States of America a lot of control is held because of potential terrorism. However we can see that with passing time more and more Internet users, data, services are under surveillance. For example with project Tempura – 7 TB (terabytes!!!) of data were being collected on daily basis. There is no way to tel what UK authorities know about you and how such data might be used in future.

– back in 2011 Egyptian authorities completely shut down Internet in country. Now, all major services are monitored and access to them is switched off when needed.

– in 2013 Indian government introduced NETRA (Network Traffic and Analysis) system. It constantly monitors collects information from all social services including Skype. Also, if and when needed Internet access to some or all those sites can be cut off.

– have your heard of “Great Chinese firewall”? It shields Chinese Internet from outside world. In reality it means that 100% of Internet traffic within China is government monitored and controlled. All outside – foreign – services had to agree to terms and conditions of Chinese government to transfer all information about users form China territory. Firewall itself filters all the outside traffic. This means even services like VPN are not always accessible for users within China.

– for quite some time Russians have their own version of PRISM called SORM. The main difference between the two is, that where PRISM – in theory – collects data about Americans, to secure them from potential terrorist threat SORM collects data to secure Russian authorities from any potential threats that could be created by political opposition and Russian citizens.

– as UK, internet surveillance in USA – one of censorship faces – was quite often a guest on our blog, NSA, Snowden, PRISM enter any of those in Google and you’ll see exactly what sort of information “US government” collects on daily basis. And yes, all social networks (and not only them) are being monitored. Smart TV’s, mobile phones basically anything that either passes information or can help collect them is in the interest of US agencies.

Get VPN to avoid internet censorship

The best and easiest way to avoid censorship online, surveillance, etc… is to hide or encrypt data and traffic. If you look online you will find few different options to achieve this effect. But if you want a safe and easy to use method there is only one choice. Get VPN service. You are more than welcome to try our VPN services first to see how it can help you avoid online censorship.