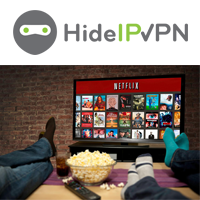 Whenever we can we try to bring you news about new movies joining Netflix service. In this post we will tell you how you can unblock US Netflix (and other regions too) in almost any country you want and what’s new to Netflix US December.

HideIPVPN gives you two ways of unblocking Netflix content. You can choose Smart DNS package or VPN with Smart DNS plans. How are they different?

Smart DNS, sometimes called also Smart VPN (although it has nothing to do with VPN) is a combination of special (ours) DNS server and cooperating proxy server. DNS server (short for Domain Name Service) is sort of a road sign or map of the internet. When you ask for specific site/service to show up on your device DNS server directs your trafice directly to this site. Smart DNS is a bit different. When you ask for a site that is on “unblocked” list our server (unlike ordinary DNS) will redirect your traffic to a fast proxy server in US, UK, Canada or different country so that the content you requested is unblocked. All this happens completely in the background. You can get Smart DNS as stand alone service.

Change your IP with VPN

VPN is a second method to unblock Netflix (and not only of course) service. It works in a bit different way than Smart DNS. With VPN all your traffic is routed via specific VPN server. In reality that means you are surfing the internet under anonymous IP address (your true IP is hidden) and all your data are encrypted in VPN tunnel.

All our VPN plans come with corresponding Smart DNS included.