Unblock Hulu (Plus?) anywhere in the world! 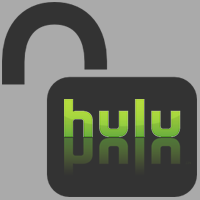 You all know that with our VPN and Smart DNS you can easily unblock Netflix, Crackle, BBC iPlayer and many other VOD sites. Today we will tell you how to unblock Hulu and also, that it looks like Hulu has changed quite a bit in their customer policy. We can bet that most of you knows well what Hulu is. But still, there might be some of you who don’t. In this case let us clear things up. Hulu is an American VOD service. It is available (in theory) only for those of you present on US territory. How is Hulu different from Netflix? This is quite simple. Netflix is an independent company that arose from a DVD rental bussines. As such most of it offerings are film and movies, less TV shows.

Hulu is quite opposite. It was founded (as a joint venture) by NBC Universal Television Group (Comcast), Fox Broadcasting Company (21st Century Fox) and Disney–ABC Television Group (The Walt Disney Company). All of them are stron where TV is concerned. Because of that Hulu’s content consist majorly of TV shows.

How to unblock HULU in easy way?

Remember our posts about “how to unblock Netflix“? In case of Hulu both our services work the same. You can either use VPN (you need to connect to USA VPN servers) or Smart DNS. In our opinion the best deal is when you decide to get VPN plan. You can use all the VPN benefits (anonymity, hidden IP, encrypted traffic, anonymous use of P2P / BitTorrent and more…) and you will still get Smart DNS option to unblock Hulu on devices with no VPN support. And now we get to changes at Hulu.

Unblock Hulu Plus and watch your favourite shows on TV!

As you know Netflix knows a lot of people are using VPN and Smart DNS to unblock access to their content, but (unofficially of course) is OK with that. They always had no problem with accepting payments with foreign credit and debit cards, even from countries where their service was not available. Hulu was different.

In order to watch Hulu on other devices than PC user needed Hulu (Plus) subscription. It was no problem to unblock Hulu service but it would not work without payment anywhere else than your computer. Looks like things have changed.

Few days ago we have managed to register subscription with Polish credit card. Around 06.10 we will know if we were only been given 1 free month of Hulu Plus (before our card numbers were simply not accepted) or if the payment went through. We will keep you posted if we have managed to unblock Hulu (Plus) part of the service.