VPN is not an excuse for being careless! 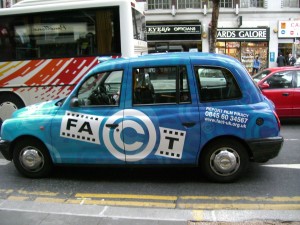 As you know, if you read our blog we often try to convince you that you should be very careful about what you do in the internet. Especially,  if it involves copyright infringement. We urge you to use VPN, but it is not something that will “think” for you.

VPN is not almighty!

Today TorrentFreak brought to our attention interesting story that involves torrents, file uploads, torrent VPN (to hide IP) and very hard court sentence. As you know VPN, like ours is a great tool to hide your IP address. With active VPN connection you can easily hide some of your online tracks. However sometimes even VPN might not be enough, because (as always) the weakest link in the chain is man.

Philip Danks, UK citizen recorded “Fast and Furious 6” in his local cinema and after that uploaded content of the movie to the world wide web. This week, after pleading guilty he was sentenced for over 2,5 years in prison (33 months to be precise). FACT – Federation Against Copyright Theft is said to very happy with result.

First question that comes to mind now is… which VPN provider sold out  Mr Danks details. Well… as it happens none. FACT was not forced to search and ask for “help” to a VPN service company. Why? Simply because Mr Danks was careless.

On the screen no 1 you can see uploaders nick name – The Cod3r. Lets Google it (as did TorrentFreak).

This info shows a person with the same nick name using dating site “Plenty of Fish”. Frome there it was easy to get all details of Mr Danks. Name of the city, cross-referenced with Electoral Register revealed his home address. As it happens, it was also established that leaked copy of the move was recorded in a cinema in a city right next to one that Danks lived in. All this is not a proof yet. But with the help of police that FACT had it was not a big issue to find those proofs. Home of Mr Danks was raided and we suspect all necessary evidence was found.

But to make matters worse for himself, Mr Danks decided to advertise (after the raid) that he is selling copies of movies on his Facebook profile.

So, as you can see… Having a good VPN is one thing. Quite necessary. But even with VPN on it does not mean you are untraceable. Especially if you do not use VPN at all times when you use the Internet.