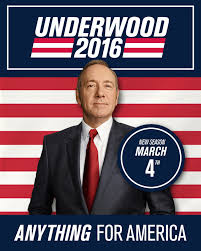 We think this will be interesting for many of our customers with access to Netflix service from all over the world. We know when you will be able to watch House of Cards season 4! To those of you who just learned there are ways to unblock Netflix, we will also say how to.

Unblock Netflix in your region

Although Netflix services is expanding it is still not available globally. Even if it will be globally available tools we offer to unblock Netflix today will allow you to access different regions of Netflix content in future.

First option you have is VPN. Through a virtual, encrypted tunnel you are connection with VPN server in a different country. Once connection is established your real IP address gets hidden and you are surfing the internet under new, virtual IP. That is the easiest and quickest way to change IP address. Once that happens all sites and services recognize you (your device) as if it would be in this specific region. This way you can easily unblock Netflix US, UK or any other – it all depends on location of VPN server. Beside ability to unblock different services from around the world VPN provides additional level of security and protects users privacy (you will find plenty of information about this on our blog) .

Not all devices support VPN technology though. If you wish to watch House of Cards season 4 on your TV (for example through game console like Xbox One) we recommend second solution called Smart DNS. It is a combination of DNS server that routes parts of your traffic to our proxy servers located in different countries. This way, without changing your IP address you can also unblock access to many different VOD sites in different countries.

Originally House of Cards (British show) consisted of only one season with 4 episodes (first House of Cards). However American “remake” takes the story further. When last season finished we were left with many questions about the story itself and wherever House of Cards season 4 will ever be made. Now we know. Season 4 of House of Cards will lands o Netflix from March 4th 2016 so… all you have to do is sign up (if you haven’t yet), unblock Netflix and wait for about 3 more months.

If you want to find out what are Franks plans for next year, please visit official Frank Underwood page.