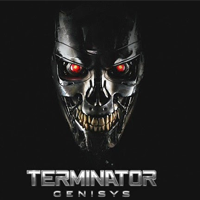 Perhaps not all of you know, but with our VPN and Smart DNS service you can also access VoD services from other countries than USA. One of such services is Polish HBO Go. Today we will tell you, how you can unblock HBO Go and how to watch Terminator Genisys on HBO Go from outside Poland.

Since it is one of the more widely known titles and last year blockbuster we thought it will be a good idea to remind you about HBO Poland. HBO Go works in a bit different way than Netflix, Hulu or even HBO Now. In order to subscribe to its services you need to have either cable subscription or be a customer of specific ISP.

However if you use Google or check with your Polish friends you will have no problem with finding someone who would like to share such account (exactly as it is with Netflix). So, now that you got idea how to get access to account lets remind ourselves how to unblock access to HBO Go outside Poland.

Get one of our premium VPN packages that contain access to Polish VPN server. Connecting to such server will give your device Polish IP address. If you now click Terminator Genisys on HBO it will start streaming without any problems.

But that is not the only reason why you should consider using VPN. VPN provides additional layer of security and anonymity when you are using Internet. Your real IP address gets hidden – all websites will see only IP address of VPN server. As is your identity when browsing the web, because your real IP is not visible to others. This grants you real privacy online and prevents you data from being stolen when you use public Wi-Fi networks. What’s good to know that method 2 is included in our VPN plans.

There is another way to watch Terminator Genisys on HBO Go. Not all devices we use for streaming support VPN. For example, if you want to use HBO Go with app in your Smart TV you will not be able to use VPN. For such occasions we have Smart DNS. Of course, Smart DNS can be used also instead of VPN. When you use Smart DNS our DNS server reroutes parts of the traffic needed for service to work. It does not change your IP or encrypts, like VPN, any of your data exchanged with the internet.

Now the choice is yours – VPN & Smart DNS or just Smart DNS. Both methods will allow you to enjoy Terminator Genisys on HBO Go.