Why it is good to use VPN while gaming online 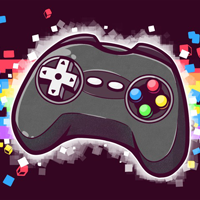 VPNs prove to be a handy tool for people looking to protect their identity as well as their data while using the internet. A VPN helps one tunnel through the internet servers, encrypting the traffic between the user system and the internet and helping the user mask his or her location and identity from eavesdroppers and data snoopers. They also help users to access geo-restricted data. However, there is one special use of VPNs that people are not aware of. That use is for online gaming.

VPNs have not been much popular with online gamers. Because the smallest lag in their connection can lead to catastrophic ramifications in their game, online gamers need high-speed internet connections for their usage. This one requirement makes VPNs not the best candidate for their use. This is because internet speed reduces to some extent when the internet connection has to be made via a long route i.e. one with many hops.

The fact that this might even contain some faulty nodes adds more cause for worry. VPNs aren’t much help here because in order to provide the user a different server, they make a connection through an alternate path, which is usually longer than the usual one. The connection speed, therefore, is reduced further, much to the dismay of gamers.

However, things have taken a U-turn in recent years as many hard-core gamers have taken a liking for VPNs. This is because some newer VPNs have their own private servers, enabling them to tackle the problem of a longer path to a great extent. Some game versions and their services are limited to certain regions, so VPNs automatically pass as the top candidate to solve this issue as you can change your location to the place of availability of the game you want.

Another point in the favour of VPNs is that it helps gamers to prevent themselves to be attacked by an opponent’s DDOS attack. DDOS (Distributed Denial Of Service) is an attack where the victim cannot receive a response from the server. This leads to a connection drop. As is not difficult to imagine and most gamers would say, loss of internet connection in the middle of an online game is the worst thing that can happen to a professional gamer.

How to choose a VPN?

When going for a VPN connection for online gaming, you should keep the following things in mind:

As we saw in this article, VPNs can be a good service for online gamers. In fact, they are now regarded as a necessity by many professional gaming teams and organizations. This is because they want to decrease the possibility of connection lags while their gamers are indulged in gaming as well as prevent them from the attack of the opponents. Speed and protection are vital for online gaming, and VPNs offer both of them comprehensively.