Why people use VPN? 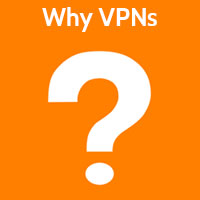 It is quite common nowadays to find an article on the internet about how government and non-government agencies, like social networking websites, are constantly monitoring and tracking the internet activity of their users. Instances like the Ashley Madison Hack which exposed more than 37 million users and the common stories related to a person’s credit card details being compromised and his account wiped clean in a few hours are becoming more and more frequent. Exposing of the NSA’s internet tracking program as well as the extent of their reach is reason for concern not just for Americans but for people all over the world. Who is to say that other governments are not doing something similar? The sad truth is that they might well be doing so.

More about why people use VPN

Protecting the exposure of one’s identity and browsing the internet anonymously are not just our requirements but our universal rights. It is shame that people need to work hard to practice this right. Although one might think how to go about achieving the aforementioned requirements, a solution has been available in the market for a few years now. That solution is Virtual Private Network.

A Virtual Private Network takes you to your destination via an encrypted tunnel. All packets exchanged between the internet and your system are encrypted, which protects the data on your system from being compromised. Your data is thus safe from data snoopers and phishers and your identity and activity is protected from being discovered by eavesdroppers. Setting up a VPN is not difficult by any means. Many VPN providers also provide great deals and offers on their services along with high connection speed, unlimited bandwidth, and a promise of keeping no activity logs in order to help you browse the internet anonymously.

People who are not so skilled hiding their geographical location and their identity and data, are adopting VPNs to help them out, given the state of things. Big corporations have been using VPNs to keep their sensitive data safe and secure for some time now. Since people are becoming aware of the threats they face while using the internet, even small business owners are opting for using Virtual Private Networks. The need to act to maintain their online privacy has been made apparent to people with all that has been going on in the world of the internet. As a result, many VPN providers recorded a 200% increase in their sales in the last few months alone. This fact alone vindicates the benefits and the absolute need to use a VPN.

There are ways to breach the line of defence that people put up in the form of VPN. No matter how well the VPN services encrypt your data or keep your location and identity undisclosed, it is always possible to get past their security. Agencies like NSA, with their unimaginable resources, could bypass this line of defence when they want to increase their interest in you. But the argument of using VPNs against using nothing is heavily favoured to using a VPN still. It is definitely more beneficial as there are threats other than the government who can cause harm to you.