What is an evil twin attack?

While most people are familiar with the concept of a “mirror image”, not as many are aware of the term “evil twin”. An evil twin is a malicious replica of a legitimate wireless access point. These twins are often used to carry out attacks on unsuspecting victims by eavesdropping on their communications or redirecting them to fake websites. In this article, we’ll take a closer look at evil twin attacks and how you can protect yourself from them.

What is an evil twin attack?

An evil twin is a type of cyberattack where an attacker creates a duplicate of a legitimate Wi-Fi network and entices users to connect to it. Once connected, the attacker can steal sensitive data or infect the devices with malware. Evil twin attacks are becoming more common as Wi-Fi networks become more ubiquitous. To protect yourself from an evil twin attack, be sure to only connect to networks that you trust and be suspicious of any unexpected pop-ups or requests for personal information.

When you connect to a fake Wi-Fi network, you run the risk of being attacked by an evil twin. This is a type of cyberattack where a malicious user creates a fake Wi-Fi network that looks and feels like a legitimate network. Once you connect to this network, they can steal your personal information, access your online accounts, or even hijack your computer. If you’re connected to this evil twin network, your network traffic, login credentials, and other sensitive information can be stolen. These networks are nearly impossible to identify because they have the same name and MAC address, making them indistinguishable.

How does an evil twin attack work? 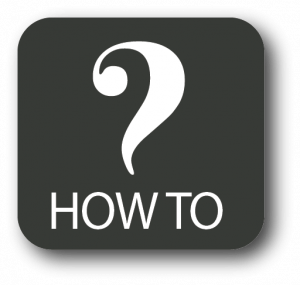 An evil twin attack is a type of wireless hacking where the attacker creates a fake wireless access point that looks identical to a legitimate one. When users connect to the evil twin, they are actually connecting to the attacker, who can then intercept and steal their data. Evil twin attacks are difficult to defend against because they can be very hard to spot. The best defense is to only connect to known and trusted networks, and to be aware of any suspicious activity on public Wi-Fi networks.

An evil twin attack aims to trick users into joining a malicious Wi-Fi network masquerading as a legitimate Wi-Fi network. Hackers take advantage of this usually using by these means:

1. Choose a location with public Wi-Fi. Hackers choose crowded places with free Wi-Fi, such as airports and coffee shops. These locations usually have multiple access points with the same name, making it difficult to detect evil twin networks.

2.  Set up a Wi-Fi access point. A hacker creates a new hotspot with his SSID name identical to the legitimate network.  Wi-Fi Pineapples (a type of router used by hackers to intercept data) can also be affected.

3.  Creation of fake captive portal pages. Before you log into a public Wi-Fi network, you’re usually asked to submit  data on a login page called a captive portal. Hackers clone this page to trick users into revealing their login credentials and other sensitive information.

4. Prompt the victim to connect to her WiFi of the Evil Twin. Hackers install evil twin access points near potential victims to create a stronger signal. This encourages victims to connect to the evil twin network through the more vulnerable legitimate network.

5. Collect victim data. Once victims connect to the Evil Twin’s network, hackers can monitor their online behavior. Hackers can collect credentials when a victim logs into her accounts online, such as her social media or banking apps. This gives hackers access to those apps.

There are two types of evil twin attacks: the passive attack and the active attack.

In a passive attack, the attacker sets up a rogue access point that masquerades as a legitimate one. When users connect to the rogue access point, they unwittingly reveal sensitive information, such as passwords or credit card numbers.

An evil twin attack is a serious threat to the security of your home or office network. However, there are some things you can do to defend against this type of attack.

First, make sure that your wireless router is properly configured. Enable security features such as encryption and password protection. This will help to prevent unauthorized access to your network.

Second, be aware of the devices that are connected to your network. If you see any suspicious activity, disconnect the device immediately.

Finally, keep your antivirus and anti-spyware software up to date. These programs can help to detect and remove malicious software from your system.

Other ways to avoid an evil twin attack:

How Does a VPN Help with Evil Twin Attacks?

An evil twin attack is a type of wireless security attack in which an attacker creates a clone of a legitimate wireless network and uses it to trick users into connecting to it. This can allow the attacker to intercept sensitive data, such as passwords or credit card numbers. Evil twin attacks are relatively easy to carry out and can be difficult for users to detect, so it’s important to be aware of them and take steps to protect yourself from them.