Is Smart DNS and VPN Legal? 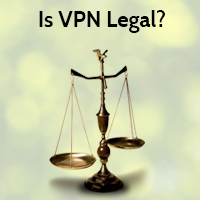 VPN and Smart DNS have changed the way people use the internet, but is Smart DNS and VPN legal. They help everyday users protect themselves better against hackers who are constantly trying to force their way into their systems. Not everyone has the necessary knowledge to equip themselves against the ravenous attacking of hackers in this age of cyber-attacks. Services like VPN and Smart DNS have, therefore, aided such users in keeping their identities secret and safeguarding the integrity and confidentiality of their data while surfing on the internet.

Virtual Private Networks connect users to the internet through an encrypted tunnel that hides the user’s identity from identity thieves and trackers looking to violate their privacy. The user’s IP address remains hidden so it is difficult for any onlooker to find out his or her geographic location. Many VPNs allow users to choose a server manually from their list to make it appear that they are accessing the internet from any location of their choice. The feature of choosing one’s own server makes it a good way to access geo-restricted data, since choosing a server where the content is available leads to the user getting access to it. Websites like Pandora, Hulu, etc. can be accessed in this way. Smart DNS servers work in a similar fashion to VPNs as they too take you to your destination through an alternative route than your ISP. The difference between the two services is that VPNs encrypt all the traffic between your system and the internet while Smart DNS servers do not.

Although both these services are vital for protecting one’s online privacy, there are many who still consider them illegal or shy away from using them. We look at this issue here:

When is Smart DNS or VPN Legal?

Smart DNS and VPNs simply provide a different route for a user to connect to a web page or website. No one is doing anything wrong by masking his IP address. If anything, it is a barrier against threats and attacks to their privacy. In countries like China and Iran where heavy censorship of the internet is enforced, people use Smart DNS and VPN to access blocked content. But even then the governments do not consider using a VPN or Smart DNS server as something illegal. All the Smart DNS and VPN providers are running a completely legitimate service.

When is Smart DNS or VPN Illegal?

While they are an advantage to users protecting their identity from attackers, VPNs also serve as tools for attackers in keeping their identity a secret and snoop around in unauthorized systems. VPNs servers are being used by hackers to mask their identities more and more while they launch attacks on small and big corporations alike. Using these services makes it rather difficult for the security team of organizations to find the location of the attacker. Used in this manner, VPNs definitely become illegal services. Countries like China are even closing down VPN providers to strip people off this method to get around the restrictions imposed on them, again making VPN usage illegal.

Smart DNS and VPNs are tools devised for the protection of a user. If the user has bad intentions then he will look for ways to use them for causing damage to other people. The services of Smart DNS and VPN themselves are innocent. In the end, it all boils down to the nature of the user. But to make the argument decisive, it is fair to argue that there is nothing illegal in using a Smart DNS or VPN.