What is Packet Sniffing ( Full Guide ) 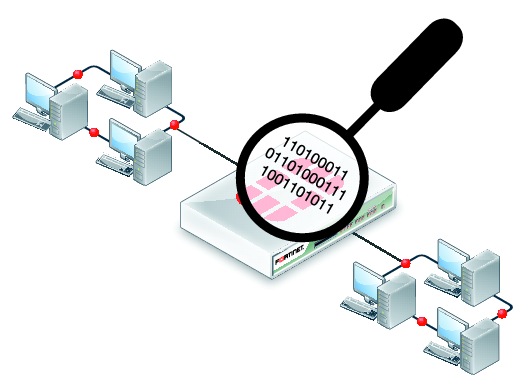 In this guide below we will try to answer your most common question about what is packet sniffing and how does it work. It’s a topic that is more and more persistent with today’s cybersecurity concerns and it’s definitely something you should be aware of and able to protect yourself against.

What is packet sniffing?

Packet sniffers work by examining streams of data packets that flow between computers on a network as well as those destined for other machines and networks, such as the Internet itself – this allows IT professionals or even malicious intruders access into any computer they want with just one tool: A Packet Sniffer! These specialized tools can also pick out particular conversations among many people talking simultaneously so you never miss anything important happening around your own organization too- from meetings taking place at remote locations all over town down right here locally thanks to its promiscuous mode capability which means once hooked up there’s no going back again because what goes through these days stays put whether good(packets)or bad(malicious code).

While network administrators do packet sniffing for the good of the system, hackers will use this practice for the not most honest reasons. When hackers use sniffers to eavesdrop on unencrypted data in the packets, they can capture information such as passwords and authentication tokens if sent in cleartext. They often times do this for later playback with man-in-the-middle attacks or sometimes even just plain old packet inspection which some systems are vulnerable too.

What types of packet sniffers are there?

If you’re not wondering anymore about what is packet sniffing we can proceed further to a more in-depth examination of this practice.

There are different types of packet sniffing but right now we will focus on the two main ones:

A hardware packet sniffer is designed to snoop on what’s happening in a network, and it can be very useful for seeing everything that happens within one segment. It typically plugs directly into the physical Wi-Fi or Ethernet cable at an appropriate location so there are no missing packets due either filtering out unwanted content (such as malware), routing around blocking firewalls etc., unlike software wiretapping tools which may require you to plug your device into multiple computers before getting access – not ideal if security policies prevent this type of connectivity!

Packet sniffer programs are applications that can be installed on any network interface to record all data flowing by it. There are two types of these devices: those where the traffic will not pass through unless you tell them too, but then only specific packets matter; and others which are always in a promiscuous mode collecting everything without discrimination or filtering what goes into memory- both good things for security researchers looking at internet activity from different angles

A common misconception about snoopers like this one would have us believe they’re invasive because while true most don’t actually let anything slip past their interface.  Software packet sniffers collect all the traffic that flows through the physical network interface. That traffic is then logged and used according to the packet sniffing requirements of the software.

Capturing data on an entire network may take multiple packet sniffers. Because each collector can only collect the network traffic that is received by its own specific hardware and software, it’s often unable to see what exists outside of routers or switches; this includes both computer-to-computer (e.g., router) as well as wireless connections between two devices connected directly together with wires – such as those found inside your home/office building(s).

Why do we need packet sniffers?

We can use packet sniffers to troubleshoot network problems, identify and correct issues with applications, and security awareness.

Packet sniffer is one of the most useful software that comes in handy when you want to know what’s going on in your network. It captures all the packets that pass through a certain point (monitor mode) and also logs them for future reference. This allows us to track down everything we need: from applications running on our systems to users surfing the web and hackers trying to gain entry into our networks. To make it easier we can use Wireshark – a graphical version of famous packet sniffing tool tcpdump as well as several other tools such as Snort (IDS) among others.

Packets capture by tcpdump is performed in promiscuous mode, which means it can monitor all traffic on the network interface even if not destined to the host.

Since Wireshark is basically an extended version of tcpdump it works pretty much the same way but offers many more advanced features such as displaying captured data in several formats including graphs and statistical results (number of packets, bytes per protocol type etc.). And unlike tcpdump it requires special libraries needed for packet dissection which means that before using it you need to ensure that your operating system has support for libpcap.

On the other hand, Wireshark is a much more advanced tool that offers visual filters and can be used to analyze almost anything going on your network. It’s also much easier to install when compared to tcpdump since it comes with all required libraries for packet dissection included in the package. Once installed you only need to execute Wireshark command from a terminal window.

Using the above software options can be what is packet sniffing an easy question to answer and provide much-needed information when it comes to troubleshooting your network issues, you just have to use the right packet sniffer programs.  Now you know how do hackers use packet sniffing packet analyzer software and why it’s relatively easy to have your security compromised.

Can I use Wireshark to sniff passwords? 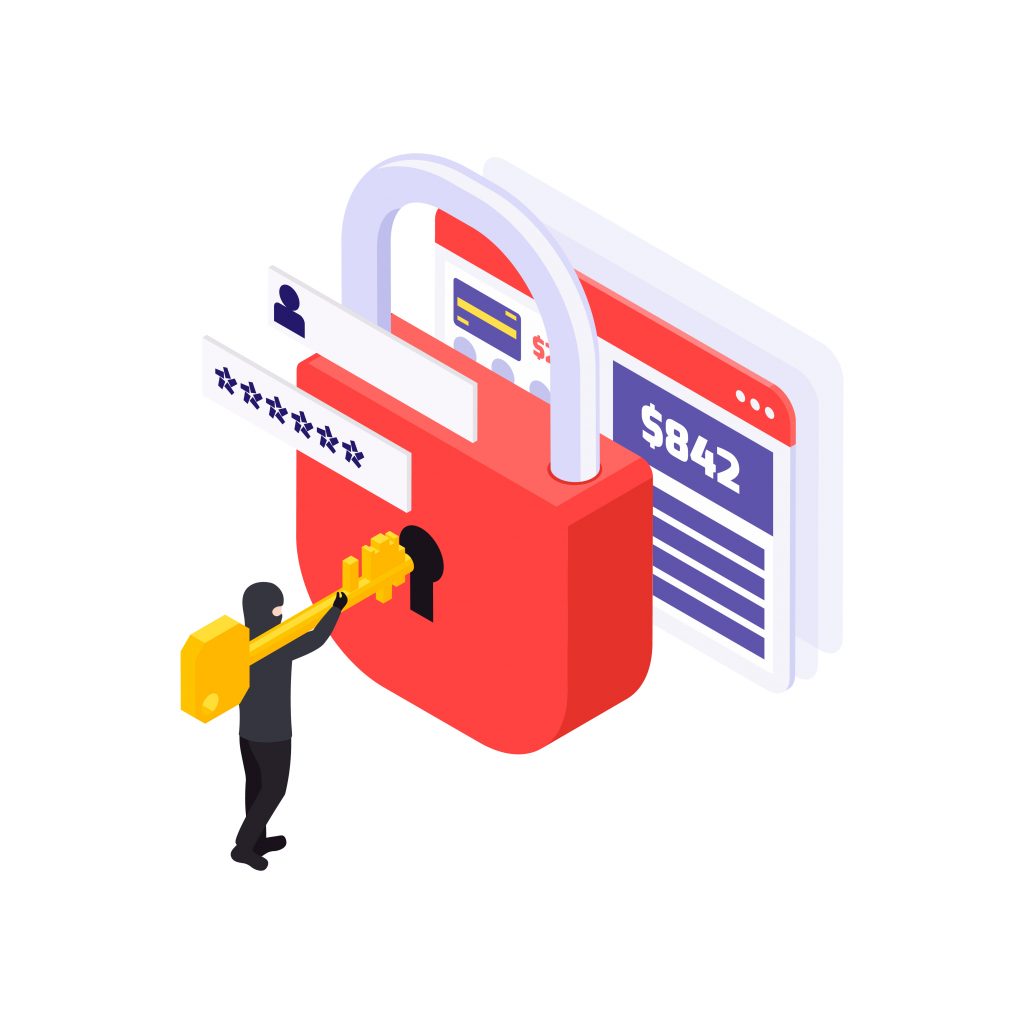 When it comes to what is packet sniffing many people also ask this question: Can Wireshark capture passwords? You should know that the answer is definitely yes! In fact, as long as you have a network tap or some other way to monitor traffic going through your device and onto the internet then it should be possible for Wireshark – with its packet sniffing features – to record all of those juicy bits. Now there’s plenty out there who’ll say “passwords” but I’m not talking just that; anything sent over an electronic connection can potentially contain sensitive Data if Transmission malware might try intercepting emails containing important business information from clients.

Wireshark can capture passwords because some network protocols do not use encryption. However, clear text (or plain) protocol allows for viewing of all data including any password being communicated through the communication process – making it possible to eavesdrop on conversations by people in positions where they can see what you’re doing.

This is the reason why we always stress the importance of using only sources with encrypted traffic, do not use websites with http:// but with https:// as while such package sniffing software can read your traffic it will not be able to decrypt information you send as it’s not likely for the eavesdropper to have access to the decryption keys. This is why we always advise using VPN on the web with excellent vpn encryption.

Before checking the legal side we may need to define packet sniffing or at least the short version of it. A packet sniffer is an interception software that intercepts data packets in a network and displays information about them. It is important to know what is legal and what isn’t when you’re using a program like this. In most countries, there are no laws against capturing packets from any computer with an Internet connection, even if the owner of that computer has not given you permission to do so. There are also no laws that say that once captured, the contents must be returned intact or destroyed after processing for its intended purpose.

However, there may be local laws that forbid this activity under certain circumstances (for example stealing telephone conversations).

While everyone is doing packet sniffing, it doesn’t necessarily mean it’s legal. But the wiretap law in the USA does appear to contain an exception for packet-sniffing.

In other words, you can wiretap your own network in order to keep it running and protect it against hackers. There is a lengthy academic paper that discusses this in more details.

First, you need to understand what is a VPN. The short version is that a VPN will encrypt your traffic and hide your IP, so no one will be able to inspect it and see what you do online. It’s an effective tool as you as a user are tunneling your connection through a VPN server making the intercepted packets unusable. A packet sniffer would only see that encrypted data is being sent to your VPN service provider, and would not be able to know what information the data actually contained.

Some extremely complex networking protocols encrypt data before sending it through the tunnel to prevent attackers from being able to see your information even if they are able to mirror or copy packets moving across the network. These include SSH, OpenVPN, and SSL/TLS. These technologies offer the highest level of security while using a VPN since they encrypt everything coming and going through the tunnel.

So you don’t need any VPN, you need one that is up to date with the latest vpn protocols available, always encrypted servers, and a long-lasting reputation.

Packet sniffers are a valuable tool for troubleshooting network problems and limiting malware. They should be used with robust security software to ensure their value in preventing abuse, though they can also have potential misuse if not used correctly.

To make sure you’re protected against them use all means available like a good antivirus and/or VPN connection that will ensure you anonymity online and help you avoid your system’s infection with malware.

Speaking of reliable VPN providers, if you’re looking for one, HideIPVPN may just be exactly what you need.

Not only do we offer the most performant VPN protocols, but we also took all the necessary measures to be able to provide you with the fastest VPN servers. Our servers are placed all over the world in strategic locations for optimal coverage, speed, and security.

On top of this, our VPN client is extremely easy to use, stable, and fast. Our support team will always be a few clicks away, waiting to assist you with any issues you may encounter.

Your privacy and online security are very important to us, which is why we offer AES-256 encryption and have a strict no-logs policy.

Give HideIPVPN a shot and we are sure you will be satisfied.