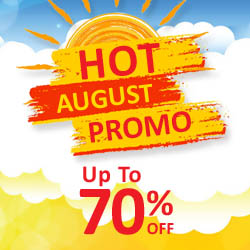 THIS PROMOTION HAS ENDED!

We are half way through a very hot (at lest in northern hemisphere) summer. We thought that we can do it a bit more pleasurable with big promotion for cheap VPN and Smart DNS. Small reminder first!

In the recent months we have fully upgraded our VPN network of servers. Right now they all punch up to 1 Gbps per user, all the VPN protocols including SSTP VPN, Open VPN and most importantly SoftEther VPN! What’s more we did not change a price one bit. And since they all include Smart DNS access it equals cheap VPN and Smart DNS!

Cheap Smart DNS only from HideIPVPN

Same goes for our awesome Smart DNS service. almost every single week we are adding new sites and services for you to enjoy. And price remains the same making it all together cheap VPN and Smart DNS service!

Hide your IP address, unblock Netflix, Hulu, Crackle, HBO and many, many more, encrypt your traffic, hide yourself from your ISP all this and more with our cheap VPN and Smart DNS!