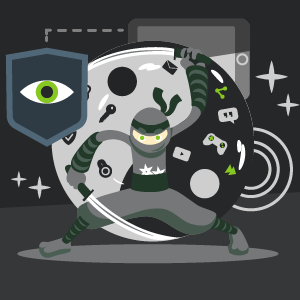 Net neutrality rules and their repel, what it all means? We will do our best to explain the situation in an easiest and shortest possible way. Lets start with the most important part. This change is bad for you – users and clients. And it is good for telecommunications companies, Internet Service Provides, especially large ones, with large communication networks. Now let us try to explain why.

Net neutrality rules – what is it?

To simply put, it is a rule that grants the neutral status to all online content, computers, servers and users. Basically it guarantees that the Internet will work the way it was meant to. To shed more light on this, let’s move back in time a bit.

When Internet was created, one of the biggest breakthrough was the fact that it was a decentralized network. Of course, it needs certain hardware – networks, servers, etc. but in general they are all equal. You can switch of certain servers and although some services for some users will not be accessible, the internet as a whole will still work.

This architecture has profound effect. All the content available on different servers had the same importance or priority of access. Sure, if you wanted data from servers thousands of miles from you it took them longer to get to you, than those from the server next door. But your ISP did not influence flow of your data in anyway. All of them regardless of the source were delivered with maximum available bandwidth.

And ISP’s noticed that content owners make a lot more money without the need to pay for the infrastructure. As you know, greed is a powerful thing. Because of that many larger ISP’s tried to influence the quality of internet access. Users started to have problems with Netflix, Hulu or even torrents – remember Comcast story on BitTorrent Throttling?

All this has stopped with the introduction of President Obama “net neutrality rules”. Now, with new FCC nominees by President Trump all this came to an end. Again telecoms and corporations have freedom they wanted to influence what data and how are delivered to your device.

There is a good chance that smaller ISP that rely in some parts on infrastructure of larger companies will go bust. When that happens what will happen to prices for end clients or quality of service?

Let’s say you have brilliant startup idea, that might threaten large online service – for example new Facebook rival. How will you pay more than Facebook to ISP’s so that your service can stay accessible for users? How will small shops compete with Amazon? And what if an ISP will suddenly decide that some type of content should not be accessible because it is immoral, politically incorrect, too “left-wing” or   too “right-wing”? How will you even know that your ISP is filtering content if you will not know about things you do not see?

Will it all happen? Perhaps not. However without net neutrality rules in place it is a lot more likely than with them. After all, why would telecoms lobby to free them?

Get VPN, encrypt your connection and do not show your ISP what you do online. It is not theirs, not nobody’s business. Do not give your ISP additional data what services are popular and who – which company – should pay them extra because of that.

Simply fight for your right to choose – to choose service you want, content you want and quality you deserve. If you don’t, your ISP will do that for you.

And don’t forget! If you wish to save on your VPN now you can. Our Winter VPN promotion is on! Or start with free VPN trial…