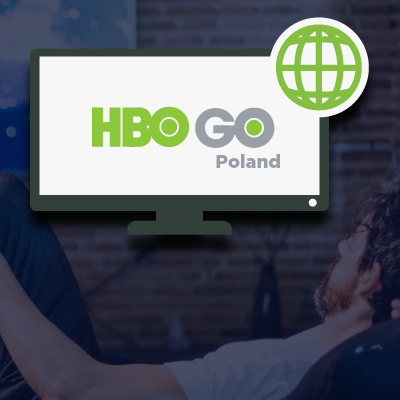 As we said, until now if you wanted to use HBO Go service you were forced to ge it with additional services. In most cases that meant 12-24 month contract with either digital TV provider or – like in case of Polish telecom Netia – subscribing to internet access from specific ISP. Additionally quite often, digital TV providers were offering HBO Go as option only with premium, more pricey packages. That has ended now and we suspect those companies are not very happy. Soon, “cord cutting” trend will reach Poland too.

So, how much is HBO Go as standalone service? As with other similar services, first month is free. After that, for unlimited access to HBO Go content you will need to pay 29,90 zl/month which is approx. $9 per month.

How to watch HBO Go as standalone service abroad?

That is very simple and we wrote about it on many occasions, when we were touching on subject of live TV online. Also, those of you that require a bit more information can visit this page: how to unblock HBO Go Poland? In short, you need to subscribe to our Ninja VPN plan or Poland VPN. Both will grant you access to our Polish servers and Polish Smart DNS. Through our services you will be able to watch HBO Go anywhere in the world on many different devices.

HBO Go standalone service – is it worth it?

Surely each of you will have a different answer to this question, however let us say this. With HBO Go subscription you will get access to an HBO content on demand. This content changes from time to time of course, but the top titles are always there. Additionally you will get access to 3 live HBO online channels – HBO, HBO 1 & HBO 2.

And the rest of the content? Let us mention few currently available titles: Spider-Man: Homecoming, Arrival, Trust, Westworld, Game of Thrones, The Wire, Sopranos,Silicon Valley, Baywatch, Passengers, Star Trek [6 movies] and 6 episodes of Star Wars. And that is just tip of the iceberg…