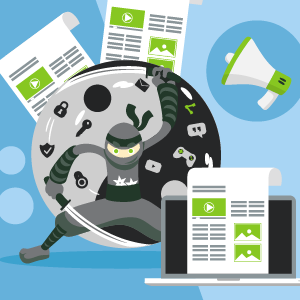 More choice, more safety, more security, more privacy, more devices. With that in mind we are very happy to announce, that starting today all our VPN servers have been upgraded. Right now all our servers support this new protocol. Our post will help you understand the most essential information about it. Don’t worry, we do not plan on a lot of technical “mumbo jumbo”. All you need to know about IKEv2 VPN protocol – about other VPN protocols you can read here.

IKE VPN protocol – in our case IKEv2 VPN protocol – stands for Internet Key Exchange. It is IPSec based protocol in a some ways similar to L2TP/IPSec. Protocol was developed by Microsoft and Cisco. Once created it made its way to Windows 7. Of course now it is part of all other Windows systems – including Windows 10 and Windows 10 mobile. However it proved to be so good that it is also present in Linux (in a bit changed form) as well as iOS and MacOS systems. For now, only Android users seems to miss out.

Why is IKEv2 VPN protocol worth using? It is very secure – as all other advanced VPN protocols. Some say it is even more secure that L2TP/IPSec protocol. It is also very bandwidth efficient. For you that simply means it is fast. But its biggest advantage in its use is where mobile devices are concerned. IKEv2 is a lot better than other – to be perfectly honest it is great! – at automatically re-establishing a VPN connection.  When users briefly lose internet connection – weak GSM signal, change of GSM/WiFi network – IKEv2 will automatically re-establish VPN tunnel.

What that means for you, dear mobile phone users is that you can fire up VPN connection and… well, that is it. Wherever you go, whatever network you will use there is a very good chance that active VPN connection will always be present to secure your data and your device.

How can I use IKEv2 VPN protocol?

Now, some important news about IKEv2 VPN protocol use. We are unable to do all things at once. For now the first stage of IKEv2 VPN introduction is finished. As we said, you can connect via this protocol to any of our VPN network servers. However, for now we will ask you to setup those connections manually. In the works are updates for our free VPN apps for Windows, MacOS and iOS. First you will see IKEv2 VPN introduced to our Windows VPN application – this update is right behind the corner. MacOS and iOS will follow soon.

For those of you, wishing to test or use IKEv2 on their devices right now, we have prepared simple to follow tutorials. Click here to learn how to setup IKEv2 on:

In the mean time if you have any questions about IKEv2 VPN protocol or about VPN in general feel free to ask. And if you wish to test our service first – before you subscribe – simply click below to register Free VPN account.