How to unblock DC Universe VOD in September? 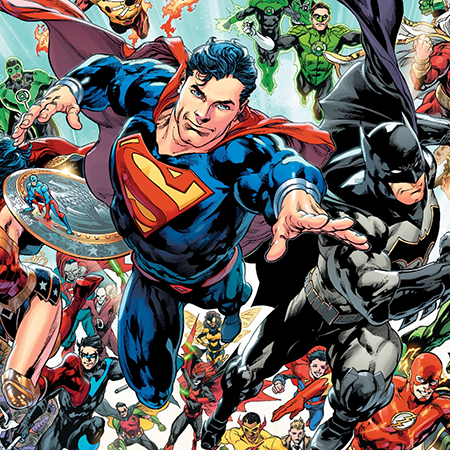 Cinema industry is heading towards consolidation. You may have all heard about recent Disney purchases of Lucasfilm and Marvel. HBO announced it will produce more and wants to become like and compete more with Netflix. Add to that recent hype in the superheroes category, a true renaissance of the genre. We got blockbuster movies as well as tons of new TV series that you can watch on Hulu or other VOD platforms. You may have also noticed that DC Universe is trying to follow footsteps of Marvel Studios with its movie productions. Now folks at DC Universe are launching a new idea. A VOD service directly from DC Universe. Here is our introductory post about the service itself and how you may unblock DC Universe VOD when it launches.

What is DC Universe VOD and what will it offer?

As you may expect, DC Universe VOD as a VOD platform directly from DC Studios. Before we will get to more details about what may expect from new VOD service here is a direct information from DC itself…

As you can see, it seems that DC Universe will be a bit more than “only” a VOD platform. Exclusive video content, comics, community as well as older movies and a lot of animated series and movies. Question is – will you pay to get access to DC Universe content only? And since we are on the subject of paying then how much?

How much will DC Universe subscription cost?

We can tell you now, that DC Universe is supposed to launch in September. First in the USA only. The standard price of the service will be $7.99/month, however now, you can benefit from special, pre-order offer – 12 months subscription for $74.99.

So, what do you think? Is the DC Universe streaming service something you’d prefer over HBO, Netflix or upcoming Disney VOD platform?

We believe you will have two options, like with other VOD & streaming platforms. VPN & Smart DNS. However, as the service has not launched yet we need to wait with a full confirmation. However, we would be very surprised if our USA VPN servers would not unblock DC Universe streaming. With Smart DNS things might sometimes be a bit more complicated, but you can be sure we will add this new service to our Smart DNS system from its very beginning.

For now remember, that you can use our US VPN service to unblock access to US Netflix content, Hulu, Yahoo View, HBO Now & HBO Go and music sites like Pandora Radio or Spotify. Also – and this is even more important – we strongly advise you to use VPN connection on a daily basis. VPN connections through its high level of encryption make the online exchange of your data a lot more secure. At the same time, your online privacy and anonymity are greatly improved.