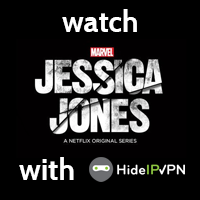 Oh my, oh my!!! Do you remember brilliant Marvel’s Daredevil show that has joined Netflix service this year. We loved it. As always with Netflix you get the best! Best VOD service, best VOD apps and best VOD content. But that is not the ed of great news. Netflix has signed a big deal with Marvel to bring its heroes characters to life on small screen. Now it is time for “second act” of this deal. So here is how to watch Marvel’s Jessica Jones online.

Who is Marvel’s Jessica Jones?

Jessica Campbell Jones Cage is a fictional superhero appearing in American comic books published by Marvel Comics. Created by writer Brian Michael Bendis and artist Michael Gaydos, the character first appeared in Alias #1 (November 2001) as a former superheroine who became the owner and sole employee of Alias Private Investigations. Jones has since starred in two ongoing series (Alias and The Pulse), and became a member of the New Avengers alongside her husband Luke Cage […]

After coming into contact with experimental chemicals and spending some time in a coma, Jessica emerged with superhuman abilities. She possesses superhuman strength and while her upper limits have never been properly quantified, she has shown herself capable of lifting a two-ton police car with little apparent effort. […] While being held at gunpoint, Jessica implies that shooting her would only ruin her jacket… – source

Sounds exciting? Yes it does indeed! We have no reason to doubt that this show will be ass good as was Daredevil. But if you want to see for your self here is official trailer.

There is only one proper way to watch Jessica Jones online and that is joining Netflix service. Don’t worry if Netflix is not available in your country. Here is simple guide to unblock Netflix and watch Jessica Jones online. Sign up for VPN and/or Smart DNS. Both options (Smart DNS comes free with VPN!) will allow you to access Netflix form any place in the world. On our blog you will find plenty of info about VPN, Smart DNS and differences between the two (Smart DNS vs. VPN). If you have any questions, use comment section below.