I am anonymous when I use a VPN 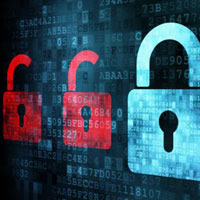 Anonymity and privacy are perhaps the two terms that are the most undervalued and bullied among others. When the internet first came to the scene, it was seen as the entity that would take the world forward and make life easier for everyone. With all the services that it provides and its boundless data stores, the internet is something that has everything one could ask for. It has not only made the world a smaller place by making long distance communication a child’s play but also brought immense stores of information about all the topics known to man.

However, as the availability of the internet increased by leaps and bounds and people became comfortable and knowledgeable in using a lot of features of it, people started using it for ill purposes. When it first began, hacking was in a very crude form with hackers causing small mischiefs like changing someone’s passwords to their email accounts or deleting some files on their system.

However, as time passed, something new came into the picture in the form of identity theft. Even changing someone’s email accounts’ passwords is a small instance of identity theft. But it is the more harmful implications like credit card theft and money laundering that make it quite a dangerous aspect of the internet in today’s world.

Large scale attacks like the Ashley Maddison attack have made it clear that the onus of maintaining your anonymity online is entirely up to you. When there are so many threats around, it is important that you take the necessary steps to keep your identity a secret when you use the internet. Luckily, the steps include only a single step; using a VPN.

VPNs connect you to the internet through an encrypted tunnel. The encrypted tunnel encrypts all the data that is shared by your system with the internet. This is quite important when it comes to sharing sensitive information like your financial details with someone on the internet. The encryption used by VPNs makes it difficult for data snoopers to intercept the data packets and decrypt the messages easily. This makes the communication channel created by the VPNs totally secure. However, we wish to address the anonymyzing aspect of VPNs.

When you are connected to the internet, you are provided a dynamic IP address by your Internet Service Provider (ISP). This can be used to triangulate on your geographic location as well as gain access to your system. Once an attacker gains access to your system, he or she can wreak all sorts of havoc in there. In order to protect your identity, VPNs mask your IP address form trackers and hackers. The IP address visible to them is the IP address of the VPN server through which you are connected to the internet. This effectively makes your anonymous while you are using the internet. This also makes it difficult for government and non-government agencies to monitor your internet activity as all they can see is that you are connected to a VPN server. Although this protects your from potential trackers, the VPN service can see all your activity. Therefore, it is imperative that you choose a VPN that maintains a strict no logs policy.

In today’s world where one has to be wary of all their movements on the internet, a VPN is a great service at the disposal of everyday users. They help them anonymize themselves and surf the web safely.