Internet communicators – who is listening to you? 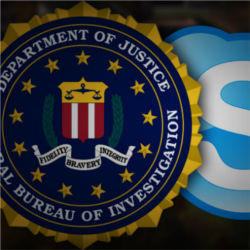 Who of us is not using Internet Communicators today? Google Talk, Skype (that will replace MS Messenger) and probably soon Facebook. This is all super but… in case of your phone authorities do need a court order to setup “wire tap”. How about such communicators? Court? In your country or where servers are… or maybe court order is not needed? Maybe systems like “ECHELON” do listen to anything and everything they can get access to?   This is a bit “old” news as article was posted in May last year. We thought it is important enough to tell you about it anyway. Basically there is new division of FBI called Domestic Communications Assistance Center (source article).

This new division of FBI has one, very specific task – “DCAC’s mandate is broad, covering everything from trying to intercept and decode Skype conversations to building custom wire-tap hardware or analysing the gigabytes of data that a wireless provider or social network might turn over in response to a court order. It’s also designed to serve as a kind of surveillance help desk for state, local, and other federal police. The centre represents the technological component of the bureau’s “Going Dark” Internet wire-tapping push, which was allocated $54 million by a Senate committee last month. The legal component is no less important: as CNET reported on May 4, the FBI wants Internet companies not to oppose a proposed law that would require social-networks and providers of VoIP, instant messaging, and Web e-mail to build in back-doors for government surveillance.“

This is how it works in USA and although it says about court order, we still would be very, very suspicious.But you, our customers do come from all parts of the world. Do you know what your country and government is doing to get to the same informations? Because no doubt, they would nothing more than to know who says what, to whom…

Is there a way out? Yes and no.

VPN technology will not prevent authorities to learn what they want if you will indeed become a target of investigation. However it will help you not to become a target by an accident. If surveillance software, your ISP, your mail host indeed opened “back-doors” for officials to get through this means they are going through tons of data every day. Looking for key words, tags, IP addresses, etc… If all your traffic is secured by VPN, if all data is encrypted that means that you take your safety and privacy seriously. That means that you will not get pulled out of crowd as for “routine check-up”. As with Firewall and Antivirus – you do it to prevent damage.

Check out, what HideIPVPN has to offer. Ask our fans at Facebook or Google+ if they are happy with our service.