Will we see Netflix’s “House of cars”? 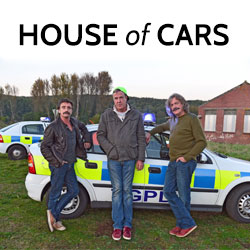 Lets see if we really got chances to see a “House of cars” on Netflix? We can only speculate at this point, but since it is a cool subject… why not?

Some of you probably know that HideIPVPN Team is quite into “cars”. As such we like to write about F1. About fact that with our VPN and SmartDNS you can unblock it on BBC, Sky, TVCatchup and TVPlayer and of course (until recently) about Top Gear.

If you did watch Top Gear with us then you know, that the best car show ever is gone despite the fact that the name and the actual show remains. Omitting whole Mr Clarkson’s behaviour the fact remains that there is no Top Gear as we knew it without the trio of presenters. The best confirmation of this statement are other versions of Top Gear produced in USA and Australia. They get nowhere close to popularity of the original show and we can bet, most of you don’t even know names of presenters of those shows. Now, this well be the fate of Top Gear UK. No Clarkson, May and Hammond means that Top Gear will be like an (almost) empty box without truly interesting content.

…House of Cars is coming?

Rumour has it, that the Top Gear presenters (James May and Richard Hammond left the show with Jeremy Clarkson) are in talks with Netflix about starting new show. Can it work? We see no reason why not.

First of all, by now Netflix name is sort of a guarantee for high quality content productions. All their shows to date, “House of Cards”, “Orange is the new black”, “Lilyhammer”, “Marco Polo” or recent “Daredevil” were indeed very, very good. From Netflix point of view, this would be extremely smart move. Globally recognized names (for globally operating company), cool name of the show (House of cards – House of cars), great publicity and yet another reason for you to want to unblock Netflix and join the service. So… potentially very good content that Netflix needs.

From Clarkson & Gang point of view this is also “win / win” situation. Netflix operates in UK and this is important. All of them do other stuff beside working on Top Gear and all of them have families. The biggest cash in TV business is in USA, however it does not seem likely that they would all move or spent even more time away from their families.

Also, we can bet JC wants to “humiliate” BBC and show them as soon as possible how big mistake they did with sucking him from the job.

So… will we see House of cars? We would say that the chances are very big indeed and actually would bet our own cash on those rumors.