Netflix VPN problems – not for all. 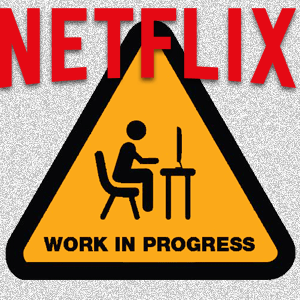 Right after Netflix expansion to 130 more countries worldwide Netflix VPN problems arisen. Netflix (again) announced that it will now take an active stance against VPN servers. Users using VPN and proxy servers to access content form different regions will not be banned, but it will be impossible for them to watch it anymore.

As we said above, this is not the first time Netflix says it will “do something” VPN’s. Netflix VPN problem is a thorn in “Hollywood” flesh for a long time now. We suspect that it is not actually “Hollywood” (by “Hollywood” we mean movie and TV industry in general) itself but distributors of content locally. Netflix was a problem for them before it opened up, but on a much lower scale. Now, with Netflix available almost anywhere they felt truly threatened. So, they have pressed on content owners, and content owners on Netflix. However we suspect that everyone realizes that if users will turn back from Netflix, back to torrents (remember – use torrents with VPN!) no one will win. So, Netflix is supposed to block VPN & proxy servers to prevent users form watching content they should not be.

So far, we have heard only about few VPN providers reporting problems with VPN servers and accessing Netflix content. With us, situation is as follows. Some of you reported problems with UK and US VPN servers. However, since for many of you those US & UK VPN servers are still working this problems might not be Netflix related. Although there is also a chance that Netflix turns VPN’s off in their network in waves. For now, as you can see from our Facebook Wall or Twitter feed it is not a general problem.

If you’d run into problems with accessing Netflix via our VPN servers use Smart DNS instead. Also, please let us know about your issue as soon as you can.

If a general blockade would happen we will do our best to resolve the problem as quick as possible, but we ask you for a little bit of patience as first situation has to settle down, so that we know what happened and what to do. We are constantly monitoring situation and if anything new develops we will update this post & let you know immediately.

Thank you for your understanding.

As we said above situation with Netflix regarding VPN and Smart DNS access is dynamic. One day a server might work, next day be blocked by Netflix and on third again access will be unblocked by our “magic”. If you experience problems with accessing Netflix or want to see what option is currently working, please visit Netflix Status page. There you can find up to date info about current Netflix situation.