What are Project Fi and Google VPN? Is it safe? 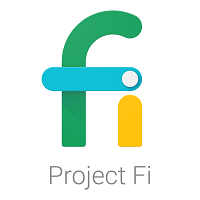 You might have heard about Project Fi and Google VPN. Below we will try to explain you the basics behind both concepts. Also we will show you why using Google VPN over a good VPN service might not be enough.

Project Fi – what is it about?

Project Fi is Google idea to bring cellular and internet coverage to Nexus and Pixel users. Instead of building its own network, Google (in US) has partnered with 3 networks. Sprint, T-Mobile, U.S. Cellular, and Three. Next to them, they added over a million Wi-Fi hotspots to the mix. The idea is that your phone always, automatically and seamlessly connects to the the best network. Network that offer best signal (read best experience). It might be one of mentioned 4G LTE networks or it might be public Wi-Fi hotspot if you are near one. Now additional 135 countries have joined the project. For now, only to allow US users to use their phones abroad. If you want to know more details about pricing (data bundles are sold separately form what we can see) simply visit Project Fi website.

Google VPN – is it something you should be concerned with?

Google VPN is a part of new feature called Wi-Fi assistant and it is available for US Nexus and Pixel users. If you’re thinking that it will replace your “normal” VPN, like ours – then it will not. Google VPN will only be used when Project Fi users are connecting via public Wi-Fi hotspot. This is a security feature that will keep data exchanged encrypted. Feature quite useful as is VPN in general – we have mentioned that on many occasions. It is unclear, what sort of encryption is used by Google. Also, worth to remember is, that Google VPN will not work on LTE networks. As well as the fact, that if you want to maintain your privacy where Google is concerned, for obvious reasons Google VPN will not do.

Reasons to use Premium VPN instead…

If you really want independent privacy and anonymity independent, premium VPN service is a better choice. Also, you have a control over your visible IP address – you can get one from the country you want. It works always, hiding you and securing your data on all kinds of networks. If you want to use P2P or torrent networks again, Google VPN will not help you at all. The most important part however is, that Google VPN is available only to users of Project Fi. Our VPN is available to anyone and anywhere.