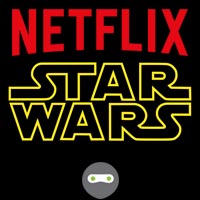 On the occasion of the latest Star Wars  – episode VII The Force Awakens official poster and trailer (below) we thought it might be a good idea to bring you some Star Wars Netflix info. At the same time this gives us pretext to publish about Star Wars – will you go to see new episode in a cinema?

Let’s start with what we know for sure. Disney bought Lucasfilm and rights to whole Star Wars franchise and all (except one!) movies. Netflix and Disney signed a deal that will allow Netflix to bring Star Wars content to its streaming library starting in 2016. Currently all rights to distribute Star Wars content (at least in US) are still in hands of Starz. However this deal ends at the end of the year.

What do you think about Star Wars The Force Awakens poster and trailer? 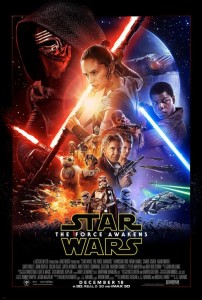 Any thoughts or comments? Do you like it? Does anything catches your attention? Is there anything you would like to see in new movie – like Jar Jar Binks? 🙂

And here is what might be true… Disney – Netflix deal comes to life in January 2016. According to Extreamist.com with the start of 2016 (Netflix has officially denied such plans) there is good chance that 5 of “old” 6 movies will join Netflix streaming service. Why 5 not 6? From what we understand rights to “A New Hope”, first Star Wars movie still belong to 20th Century Fox and are out of Disney’s hands.

Whispers can also be heard, that Star Wars Netflix deal will add Star Wars movies but only to Latin America Netflix library. If that would be the case it would still be a lot better situation than currently.

If you do have access to US VPN or Smart DNS service we provide, currently at Netflix you can watch Star Wars: Clone Wars series. If you do not use our services click below to test our Smart DNS – get 7 days for free!