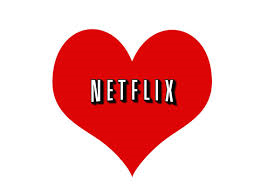 If you have not tired Netflix yet, we strongly recommend TRY! Just as you probably did with our service. We promise you will not be disappointed. In this post we will show you that with our VPN and SmartDNS you can unblock Netflix at any device and watch it anywhere. Also you can expect us to throw in some cool titles ;-).

With HideIPVPN Netflix has no restrictions!

Until not that long ago Netflix was a dream for many. Great service available only in USA and Canada was slowly expanding its reach to the world. For most people in Europe, Australia it was like a fairytale of a better life. Than VPN came into play. Simple to use service that would hide users IP address (this is how you are recognized in the Internet by different sites and service) and replaces it with IP address of VPN server. Many users were crying with joy. With US VPN and option to get US IP address at any time what more do they needed? Combine that with the fact that Netflix is not picky (like HULU) when it comes to accept foreign credit cards and what more could you wish for?

Well, this is where tricky part started. With time beside Mac OSX and Windows PC’s we have noticed a much wider range of devices being able to connect to the internet and play streamed content. Also Netflix was coming app with apps for those new devices. So, where is the problem? Well, it is quite simple. If you want to use VPN to unlock access to services like iPlayer, Hulu, Carckle or Netflix your device needs to have VPN support in the first place. Quite good example of the the issue users faced is Windows Phone. There was a Netflix app for WP8, they had VPN support from us, but not until recently Windows Phone offered no support for VPN. Simply it was impossible to use VPN on Windows Phone device – luckily this is not true any more! Still there is plenty of other devices that can not use VPN.

Also, bear in mind that quality of materials is getting better and better. From video and DVD like quality we have jumped to Super HD streaming. In some cases it might mean that VPN will not be best suited for streaming service.

Our SmartDNS comes to the rescue (works with Smart TV, game consoles, tablets, smartphones, etc.). Cheaper that VPN. Much easier to setup and use. Will work with any device, anywhere and will guarantee net to slow down your Internet connection. SmartDNS unblock Netflix with help of special DNS server, super fast proxy servers and some magic ;-). After initial setup you basically can use any site (locally) or foreign (if it is on the DNS unblocked list) without any additional effort. Now, let us quote some of the recent add-ons to Netflix streaming service: The Killing (Season 4), Nymphomaniac: Volume I & II, Cosmos: A Spacetime Odyssey, Orange Is the New Black 2. And many more films and TV shows. Try! First month is free – and Netflix (as we do) reqires no commitment – you can cancel at any time!