How to unblock torrents in USA with VPN 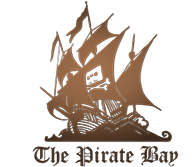 Today some short news regarding accessing torrents sites, like famous Pirate Bay in USA. Although TPB for quite sometime is not the most important or popular site with torrents it does serve as a symbol. With that in mind today we will focus on safe way to  Unblock torrents in USA.

Why a way to  unblock torrents in USA is important?

There is no deny that torrent and P2P sites are very popular and that everything that surrounds them is very controversial. On one hand, we have big Hollywood industry that will stop ant nothing to maximize their income (they will lie, use half-truths, twist facts, etc.). On the other hand it is obvious that anybody should be rewarded for their work or product if you are using it. We are in no position to judge anyone and we trust in you own common sense in this regard. Problem of music and video content in the internet and piracy is very complex and to solve it would require good will from both sides. Looking at how industry is treating the likes of Hulu, Pandora and Netflix it is far from over and at least entertainment industry does not look like truly interested in solving it.

Because DCMA are being handed now more often than ever we have also noticed, that access to many torrent sites is impossible from US territory. This is not right.

Yes, it is true that quite a lot of content available trough such sites is copyrighted one. But at the same time a lot of legal, open source and public domain goods are distributed this way. Software, Indie music and films, books, poetry, you name it. We feel it is not right to block access to such sites just because you MIGHT download stolen content. It is not up to ISP or industry to decide such things.

In a way it would be like blocking access to ebay or similar sites because some things sold there are not from legal sources. This is why it is time to unblock torrents in USA.

How can you  unblock torrents in USA?

Answer to that is quite simple. Use VPN. VPN will allow you for two things. First, you will be able to access any site currently blocked by your ISP. Without VPN IPS’s DNS server directs you to requested source – site or service. In a way it works quite similar to our own Smart DNS – just the other way round. When you want to access address that it blacklisted on DNS it will simply deny you access.

With VPN this will never happen. When you are connected to VPN all your traffic is encrypted and tunnelled to VPN server. Your IPS has no knowledge or power over your online activity. Also, anyone monitoring torrent traffic will not get to know your real IP address, physical location or identity. With active VPN you can easily unblock torrents in USA or any site you want.

Remember, the fact that you are using VPN does not make downloading copyrighted content OK. Also, if you’d need to download legal content use only VPN servers that allow for torrent and  P2P traffic – from Germany and Holland.

We encourage you to free trial of our VPN service before you make your decision of subscription.