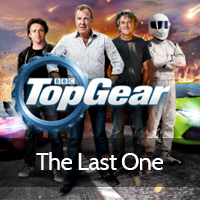 You all probably remember scandal from few weeks ago regarding Jeremy Clarkson and one of his producers. Yesterday viewers of BBC were able to watch an end in Top Gear era. Last Top Gear with Jeremy Clarkson. Have you seen it?

Last Top Gear? – what is going on?

To those of you who don’t know (however if you do watch Top Gear with our SmartDNS or UK VPN we could not imagine that it is true), few weeks ago there was a big clash between Jeremy Clarkson, Top Gear host and one of programme producers. The outcome of this was quite surprising. At first BBC suspended Jeremy and decided about not airing last two episodes of the Top Gear show. When situation developed decision was changed. Jeremy’s BBC contract was cancelled and he was officially sacked from the job however the decision was made that last Top Gear episodes should be aired.

Negotiations about formula went for quite some time. In between BBC was looking for new Top Gear presenters (Richard Hammond and James May decided they are leaving TV station with JC) and “old” Top Gear crew went on their “Top Gear” live show – but under new name. Also, some gossip about future of TG trio have surfaced – https://www.hideipvpn.com/news/netflix-house-of-cars/…

So, if you did not know the show was aired yesterday we got good news. As you know you can access all UK TV VOD services not only via VPN (once connected to UK VPN server you will have UK IP address) but also our SmartDNS. Since BBC beside live TV streaming also offers great VOD service called iPlayer you can still watch last Top Gear episode on BBC iPlayer with Richard Hammond, James May and elephant.