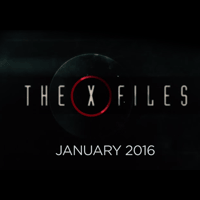 It has been long 14 years. We all grew older but the way we remember first seasons of The X-Files we will never forget. Here is how to watch new X-Files online? But there are other questions as well. Will it be as good as the way we remember it? Will it catch new audience? How the X-Files will look in the second decade of XXI century?

New X-Files online? What the hell is it?

If you are asking this question that means you were born somewhere around when this show was first aired. The original X-Files were produced by FOX from 1993 to 2002. As usual with such a long TV shows the last few seasons (as well as 2008 movie) were somehow disappointing, but the first 6 seasons – simply awesome.

Show tells the story of two FBI agents. Fox Mulder (David Duchovny) and Dana Scully (Gillian Anderson). The main plot of the show circles about aliens and government working together in great conspiracy to prepare planet (or themselves) for an alien invasion. Also, the “X-Files” stands for the “unexplained”. All the “strange” FBI cases that could not be rationally explained or solved. Fox Mulder is the “open minded” one (who also tries to find out why aliens took his sister and to reveal alien conspiracy to the world). Dana Scully, medicine doctor is the sceptic. Trying to put some rules on Mulder. Aliens, phenomena, legends, unexplained, scary, conspiracy – if you like this sort of stuff you will want to watch old and new X-Files online.

New X-Files online – where to watch and how to watch?

New X-Files, 10th season as the previous one is produced by FOX. That means, that you can watch new X-Files online at Hulu.com. Here is how to unblock Hulu:

Remember, that if you sign up for Hulu Plus you will get first month of watching free of charge. Similarly, you can try our service using FREE VPN and Smart DNS trial. Sign up for VPN or Smart DNS, unblock Hulu and watch new X-Files online!