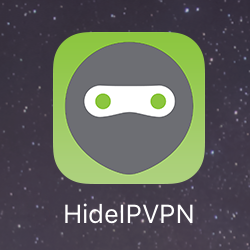 If you have an Apple device that is eligible for upcoming system update to iOS 10 and macOS Sierra you should be aware about changes to the way you use VPN. We got this information directly from Apple support. So, what are those VPN news?

As we read in information presented by Apple iOS 10 and macOS Sierra will no longer support PPTP VPN protocol. Worry not though! It does not mean that it will be harder for you to use our VPN service. PPTP VPN protocol is still present in all older versions of both iOS and macOS – and this of course will not change. However new editions will not allow for PPTP VPN connection anymore. Why such change? Reason for such action according to Apple is simple. PPTP VPN protocol is not secure enough.

Even though PPTP protocol is still available on iOS 9 and earlier or OS X El Capitan and earlier, we don’t recommend that you use it for secure, private communication.

What should you do? If you use our free VPN apps for iOS or macOS, simply choose different protocol. In upcoming software updates we will remove the possibility of  PPTP connections for iOS 10 and macOS Sierra, but at the same time will try to keep it for older OS versions.

If you prefer manual setup of your VPN connection simply check out our support page. We list there simple, step by step instructions to setup VPN connection on your devices.